Steven Spielberg, one of the greatest directors of all times, is responsible for telling the story of Albert and his best friend Joey. Judging by the success of War House, he’s definitely made a good job! 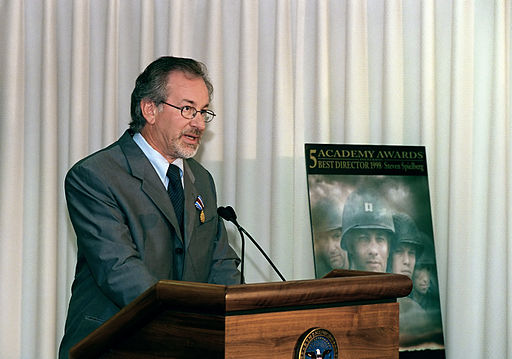 Born in the USA in 1946, he’s one of the pioneers of the so-called New Hollywood era, with the majority of his movies proving to be a huge blockbuster success! Actually – a small fun fact regarding Spielberg – the term ‘blockbuster’ has been epitomized by his three most popular movies! Spielberg’s career spans well over four decades, a time in which he’s worked on movies dealing with the most various themes and settings.

He made his first movie ever in 1958, when he was only twelve – The Last Gunfight was made as a requirement to earn the photography merit badge in Boy Scout and Spielberg has fondly recalled his beginnings multiple times, saying that ‘that’s how it all started’. Later on, his parents divorced and he moved to Los Angeles – his long-term goal has always been to become a film director.

Spielberg tried getting into film school at the University of Southern California but was refused due to his low GPA. He managed to get into California State University, Long Beach instead; during his student years, he was offered an intern job in the editing department at Universal Studios. There, he managed to impress everyone with the short movie he made – a contract was offered to him right away, thus making him the youngest director to ever be signed that large of a deal!

The rest of his career is pretty much history – it was only in 2002 that Spielberg went back to school and got his bachelor degree in Film and Electronic Arts at the California State University.

In his beginnings, he’s been focusing more on science fiction and adventure movies, such as Jaws and the all-time favorite childhood movie of many, E.T. the Extra Terrestrial. As his career matured, he’s taken working on movies that dealt more with humanistic issues, such as The Color Purple, Amistad, Munich, Lincoln and so on.

Apart from War Horse, Spielberg has directed or produced many other movies, or mini-series related to war, with the Schindler’s List and Saving Private Ryan being two of the more popular ones – he won the Academy Award for Best Director for both of them!

Spielberg said that he found War Horse to be so fascinating, that it sparked up an interest in him about doing a movie about WWI – prior to reading that movie script, he was never really interested into filming a WWI movie. Actually, Spielberg himself has said that the script was so fascinating to him, that he decided to direct the movie in the exact same second when he finished reading the first draft of it!

Spielberg, who has directed movies that have earned more than $9 billion worldwide combined, is also known for his loyalty when it comes to associates he’s been working with – most members of his team have been working with him for years. The best example of that is the composer John Williams – Williams has composed the music for almost every single movie that Spielberg made.